September 15, 2011
I spent 4 hours downloading this from Microsoft and it didn't disappoint. It works great with Parallels 6 (selected Windows 7 upon creation).

The first thing that I noticed is: it allow me to select Hanoi as the city. Normally, the states or cities are only available for western countries like the US/UK. This is very comforting to see (even though it only has 3 cities of Vietnam: Hanoi, HCMC and one-another-which-I-forgot). Oh yeah, let's hope more follows. 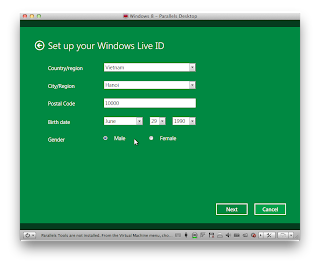 And then I was asked for a Windows Live account. It looked like Windows 8 acts quite like Chrome, I assume it will save your PC configuration on the cloud (buzz words warning!) and restore when you log in another machine. Also, the PC is added to my Windows Live account as a trusted computer, which can be used to recover password later. Pretty neat.

And here goes the Metro UI 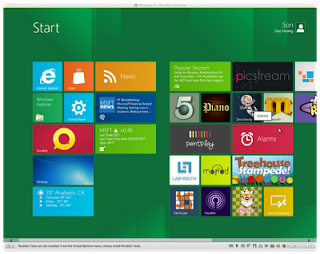 For unknown reason, the Metro UI didn't work until I increased the screen resolution. Something to remember if you want to try this. Overall, it looks really nice and gave me good impression (like the first time I tried a Windows Phone, they are very similar). It's not very responsive though, probably because it's running in a virtual machine. Everything works (but slow). I couldn't find a way to close the app so I have to press the Command button to get back to the home screen every single time. Strange! 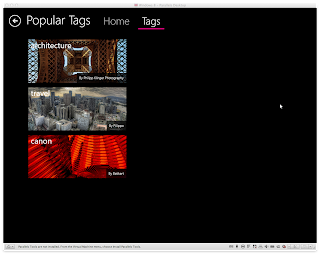 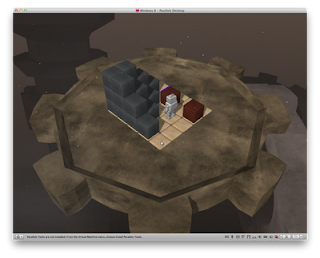 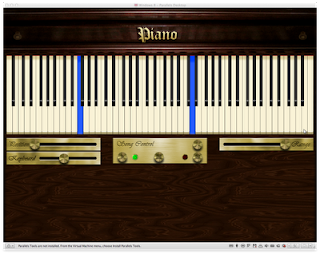 The 3 screenshots above are from Picstream (Flickr aggregator, kindof), Copper (3D game, moving the boxes around) and Piano (music simulator, actually it was auto-playing a song I picked randomly in its library). All the default apps are quite well designed and useful (maybe). But the app store doesn't work at all so I couldn't try anything else.

One thing to mention, IE10 is quite fast. The best thing about it is I can access Facebook without any problem (very strange since Chrome / Safari / Firefox in my real machine can't access Facebook without going through socks or proxies). The Metro UI version of IE shares browsing history with the traditional version but they are separated I guess because if I open a page in the Metro UI version and go to the traditional one, it will open the home page. I included their screenshots below: 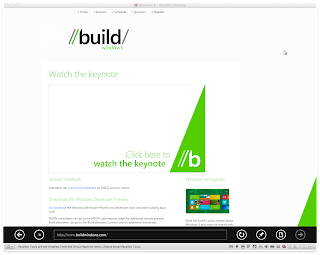 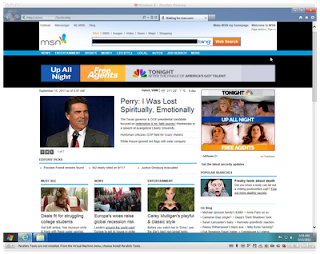 Lastly, I looked around to find the express version of Visual Studio 11 but I think it's not packed in this version because I chose the smallest version of the ISO (slow connection). A few things that need to change IMHO


Grab your ISO here: http://msdn.microsoft.com/en-us/windows/home/ (or call me and I will burn you a DVD, please note that my version doesn't include VS).