Happy Life it is.

We intended to design a save the date card to announce it to our friends. We searched for ideas with Google Images + Pinterest and ended up with this particular poster design. At first, Sylvie was supposed to design it but she got so busy that she missed the deadline of March 31st. I took over and came up with the very first draft using Adobe Photoshop CC.

The three photos used as the background had the best scores in our vote contest: at first we looked through photos in Picasa (the desktop application) and put everything we liked in an album. Second step, we removed unsuitable ones until five were left. Last step, Sylvie and I gave scores for the last five between 1 and 5, the final score is the sum of her score and mine.

The draft pretty much followed the original idea but the background were not very nice so Sylvie used some online tool to add effects to it. The left image below is the extracted background; the right one is the after-effect background with texts and stuff:

We liked the effect but the tool only exports low quality jpegs so I tried to recreate the effect within Photoshop. I also used Adobe Photoshop Lightroom 5 to make the photos smoother (reduce clarity, reduce noise amongst other things). It now looked much better than the first draft:

With the background in place, I used WhatTheFont service to find out which font was used in the original idea, we both love the stretched out "M" letter. I had to try a few times to learn the font name, it is "Century Gothic". After playing around a bit, I had several different designs (the left image moved the two lines of text; the center one put them down to fine print area; the last one expanded the fine print  and used contrast between light and bold font weight to give emphasis): 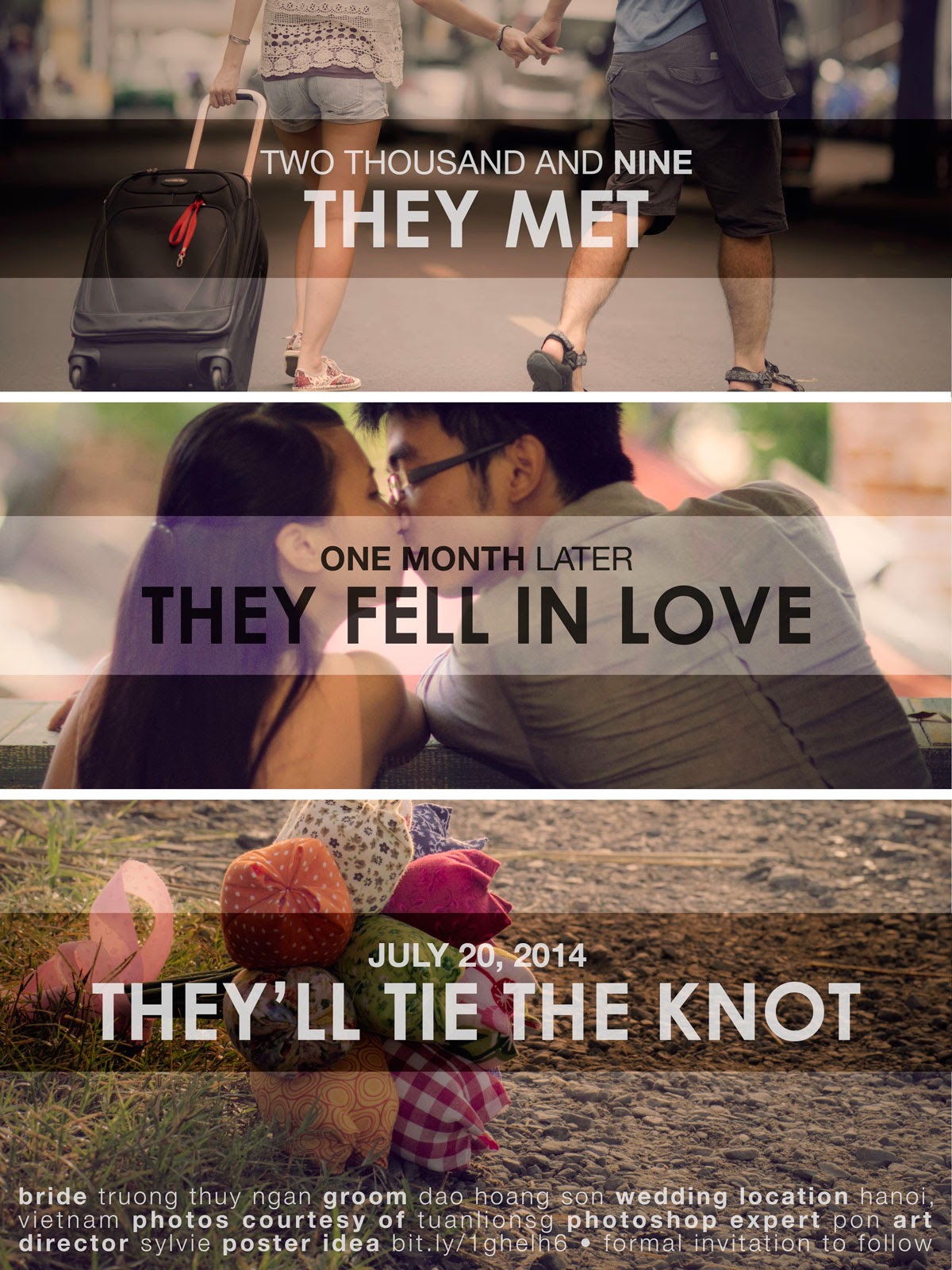 The uneven frames looked so weird that I changed it again with all frames now having the same height. To make it less crowded, I decreased the separator thickness, changed to use light font for most of the texts and deleted one line of fine print: 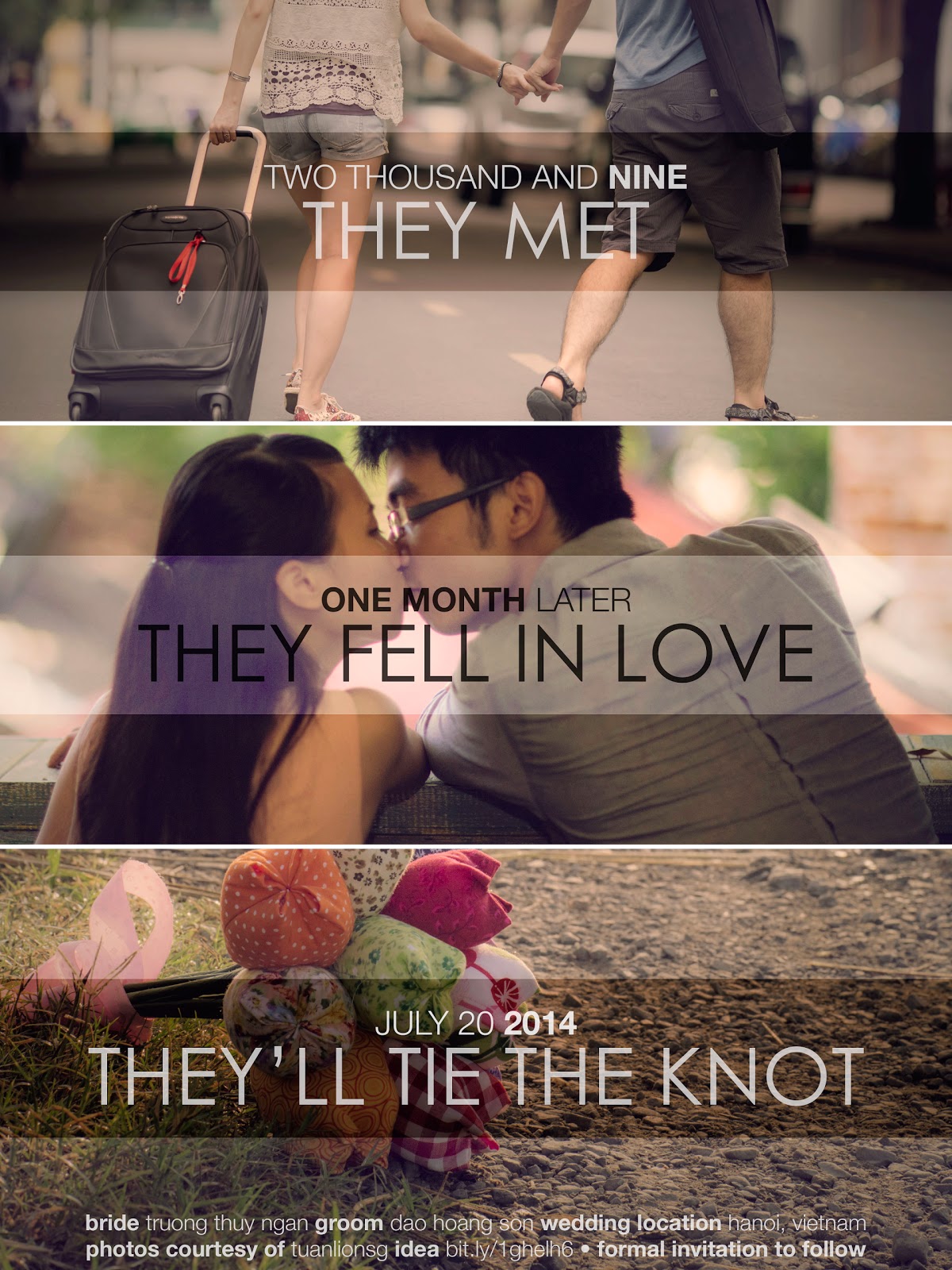 I was pleased with the design but Sylvie apparently didn't think so. She edited and published it on Facebook without my consent. At least she waited until April 20th to do that though (my planned caption was "The countdown starts now, three months to go"). She changed most of the texts and made them less consistent IMHO... 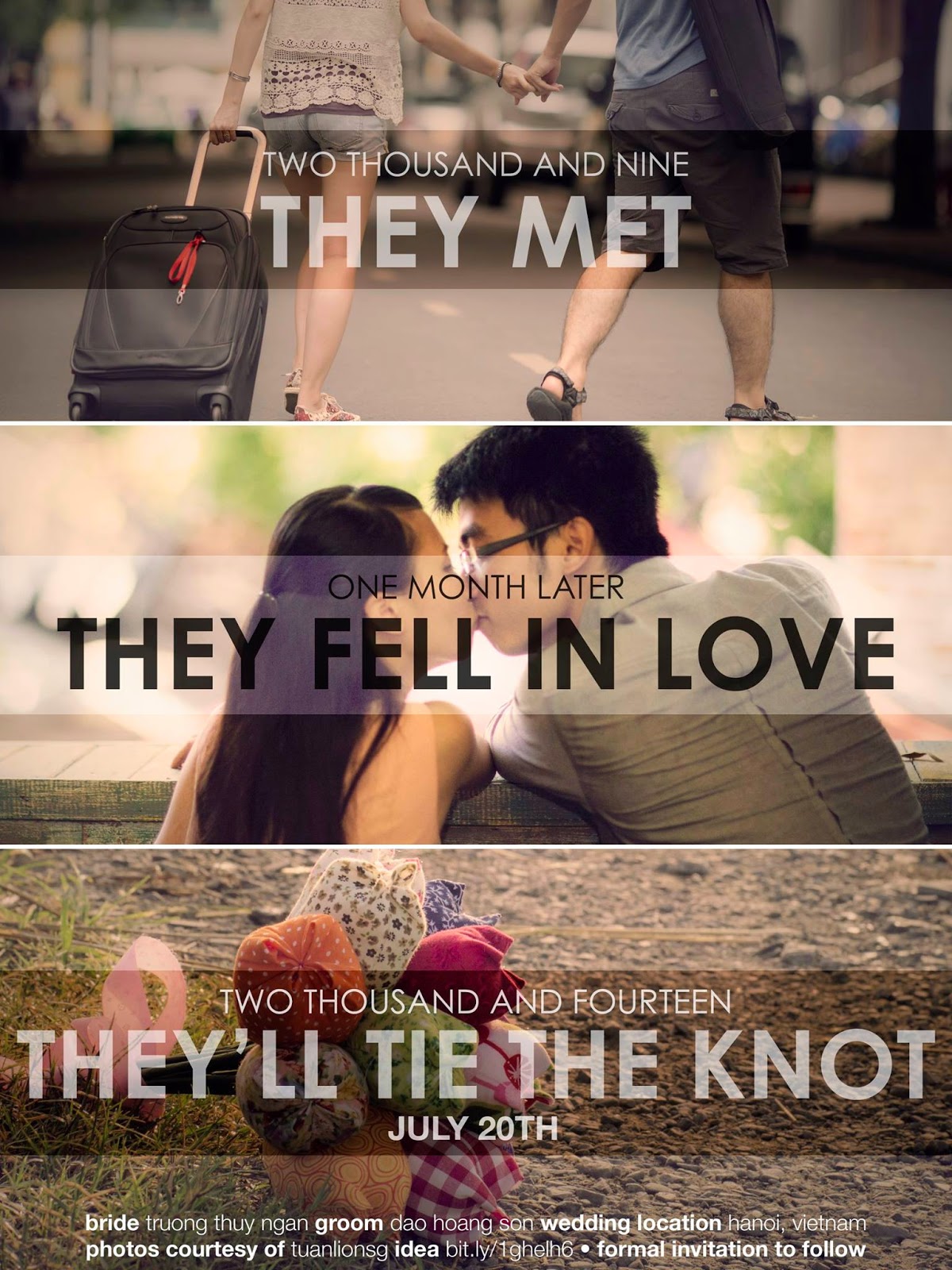 I was quite pissed but no big deal though. Recently I have learnt this idiom "Happy wife makes happy life". Happy Life it is then.